Where do you go for support when you are seen as a criminal or a gang member? How do you begin to change your life around when you have been a part of a gang lifestyle from an age as young as 10? These questions have been asked by some Indigenous gang members as they try to remove themselves from the street gang lifestyle. The reality is that there are very few resources available to these individuals, not just because of their past, but how they are labelled in the community as just another ‘gang banger’. STR8 UP is a grassroots gang intervention program created in Saskatoon to help in supporting such individuals looking to change their lives around.

STR8 UP was conceived in the late 1990’s when Father André Poiliévre (whowas awarded, in 2008, an Order of Canada for his work with STR8 UP) was working as the Chaplain at the Saskatoon Correctional Centre and was approached by two gang members looking to exit the gang life. They explained to André the difficulties that they faced when trying to leave the gang, saying that there is no support for them or their families. From these initial conversations the gang intervention program STR8 UP was created. It has grown dramatically from its original two founders, to where there are currently over 65 participating members today. With its continually growing membership and success, STR8 UP has connected with the John Howard Society of Saskatoon to help maintain its programs.

STR8-UP is a four year program which supports individuals who are looking to exit the gang lifestyle. The program is the only gang intervention program in the city of Saskatoon, where a 2002 study of youth street gangs conducted across Canada found that Saskatoon had the second highest per capita of youth involved in street gangs.1 Although these statistics were known prevention and intervention programs have primarily been overlooked for suppressive practices to control gang activity. These suppression tactics have had a negative impact in Aboriginal neighbourhoods because street gang members in Saskatoon have been constructed as poor and Aboriginal, and that their activities are associated to those found in the ‘core’ neighbourhoods.2 Due to socio-political factors and a lack of supports many Aboriginal men became trapped in a cycle of violence, which is difficult to escape.

In order to become a STR8 UP member the program has five conditions that all members must adhere to. They ask that all members to: 1) drop their gang colours, 2) deal with their addictions, 3) be honest, 4) be humble and 5) give four years. STR8 UP asks for four years because in the early years of the program, those who were involved understood that to reprogram how one is to act and behave differently takes time, and four years allows individuals to slowly move in a way to support themselves. STR8 UP has constructed three goals for the members to strive for. These goals have also helped to shape the agenda and programs offered in STR8 UP. These include: 1) to become a responsible citizen, 2) to become a faithful partner, and 3) to become a loving parent. The goals give shape to how the members are to act and become positive members of the community.

To accomplish the goals STR8 UP has framed itself on a holistic Medicine Wheel concept of healing. Focusing on the four directions of self, STR8 UP looks to support its members in healing all aspects of self in a manner that is respectful and addresses the members as individuals. A traditional Indigenous Plains philosophy works to place the STR8 UP members as the centre of their program.  The philosophy then works to heal the whole person, and not just specific pieces one at a time or in independent of one another.

STR8 UP offers its members a variety of programs in order to support the holistic framework. These programs include weekly traditional sharing circles for individuals to express their emotions in a safe and secure environment. Sweats are also conducted by community Elders to help individuals reconnect spiritually and culturally. Mentorship programs are utilized for members to give back to the community as role models for at-risk youth. During the summer months STR8 UP hosts culture camps for members and at-risk youth to reconnect with Indigenous culture and language. Education and employment are also key components where coordinators work with individuals on a case by case model to show the members different programs and places of employment. All members are asked to either be in school or employed in order to remove them from partaking in illegal economic ventures. STR8 UP members are also asked to take part in addiction programs to help in the removal of drugs and alcohol from their lives, because every street gang member has an issue with an addiction.

Who is Robert?
Robert Henry is Metis from Prince Albert Saskatchewan. Over the past 7 years, Robert has studied on the issue of Indigenous gangs and works with communities and community based organizations to understand the issue of street gangs. His Master's thesis Not just another thug: Implications of defining youth gangs in a prairie city looked at the impacts that the gang label has on young Indigenous males. He is currenlty enrolled as a PhD student in the Department of Native Studies at the University of Saskatchewan. Robert's research focuses on the roles that street gangs play in constructing Indigenous identity and masculinity in a prairie urban environment. This study is using photovoice methods with members of STR8 UP, an adult gang intervention program in Saskatoon. Robert is also a sessional lecturer where his courses focus on anti racist/anti oppressive theory in education, ethics, and Indigenous gangs.
Tweet
Powered by Web Agency 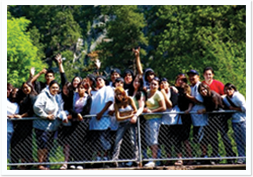 Biidwewidam will serve as the theoretical lens in which to understand how programs are assisting Aboriginal men to re/gain positive lifestyles.